Lt. Nadia Chavez’s destructive rampage has been brought to an end thanks to Joseph Paxton, his newfound allies and the Golden Brigade. But at what cost? The city of San Miguel lay in ruin with no survivors, the ranks of the Golden Brigade have been decimated, and tensions between the United States and Mexico have reached a boiling point. In an effort to make sense of this international incident as well as to lift the shroud of conspiracy looming over the abduction of Paxton and the subsequent transformation of Lt. Chavez and other into living weapons of mass destruction, a special U.S. envoy has been dispatched to Mexico. The task now is to uncover the truth, to unmask the “powers the be” who have evoked this bloody state of affairs. And while exposing the culprits may bring closure to a year’s worth of machinations, the ramifications of this truth may stretch into the distant future. 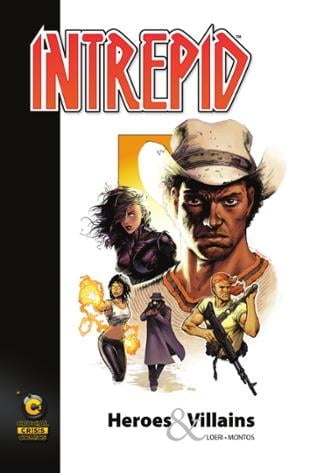 The Dauntless: Fall of Liberty #10

The Dauntless: Fall of Liberty #10

No One To Save

No One To Save