PUNXofRAGE “Off the Platform” Chapter #1 Rage City is a sprawling metropolis crumbling under the weight of it's own apathy. Citizens have become jaded and fearful as the largest gang in the city (The Violators) have become the dominant force.That was until the vigilante known as "DODGER" erupted from the shadows and decided to level the playing field by inflicting his own brand of justice to those who would disturb the peace while simultaneously inspiring others to join in his fight.Unifying under the 99 they became a family.They are known as the "Jawbreakers".This is their story. 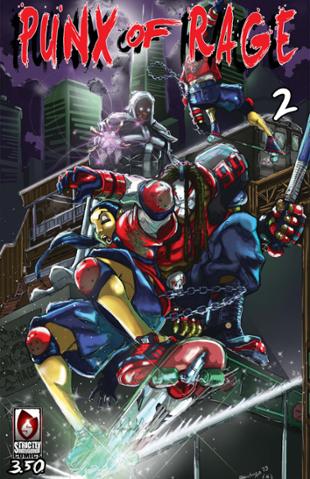